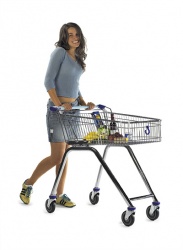 Already one in five Germans is older than 60, and by the year 2030 one in three will have reached this age. So far many companies, and in particular the retail trade, have neglected the needs of this target group, or at least have not sufficiently catered for them. These were some of the findings in a recent survey, called 'Perfect Agers 2010 – Pensioners at the POS', conducted by the Institute or Retail Research of the University of Cologne, in cooperation with the communication firm BBDO Germany. Wanzl is one company that responded early on to this trend, by offering a special 'Light' shopping trolley alongside its standard trolleys with basket capacities between 130 and 180 litres. The 'Light' shopper holds 70 litres, and is specially designed to suit the needs of the 50+ generation of customers.

The 50+ generation – Happy shoppers
This versatile model is easy to push and highly manoeuvrable, and thanks to its shallow basket, loading is simple. These features make the 'Light' shopping trolley ideal for customers just buying in a few items in between the big weekly shop. Certainly the 50+ generation is a very attractive group of the population for the retail trade. They have high spending power*, with 19 million euros each month being spent on goods and services. Also they take more time over their shopping. They value service more, and when a store gets it right, it finds that the over 50s will remain faithful customers for a long time.

'Light' advantages for smaller households
Another trend that is also contributing to changes in shopping habits is the constantly growing number of single-person or small households in Germany and across Europe (acc. to the Federal Statistical Office of Germany and Eurostat). These households buy less, because they need less day-to-day, but they go shopping more frequently. Increasingly they prefer fresh produce, because they know it´s important to have a healthy diet, and because they are concerned about food scandals. Shops that offer Wanzl´s 'Light' shopping trolley alongside their standard models are responding to these changing shopping habits. In the United Kingdom, where great emphasis is placed on customer service, Wanzl´s 'little shopper' is already a familiar sight in stores. But the 'Light' shopping trolley has another advantage, too – because it is small and convenient to use, it encourages people not to use their own bags as they go round the store. The sales personnel can then see the goods easily in the basket. Wanzl´s 'Light' trolley thus adds up to an effective way of helping to reduce stock losses that occur through theft. 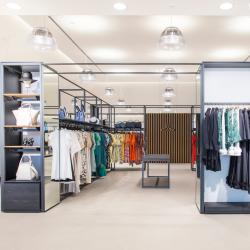 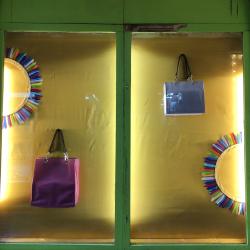 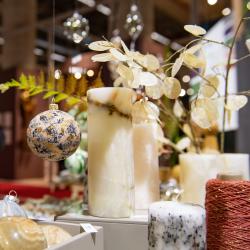 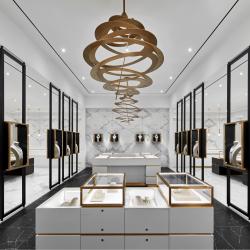 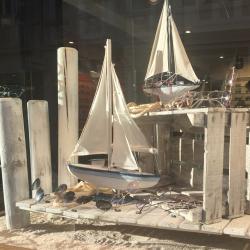 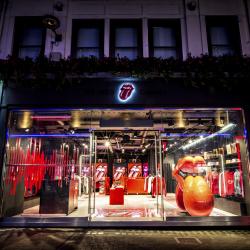 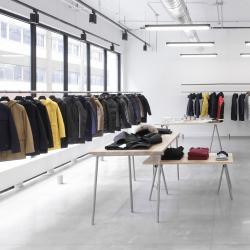