Advantages of Video Analysis for Retail 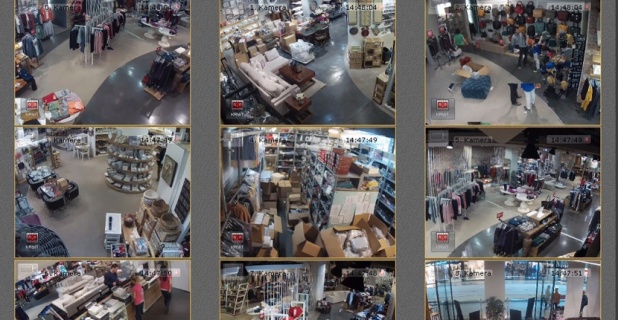 Video analysis systems also help the retail industry in increasing security in its stores. However, just looking at the camera image doesn’t help a retailer much. Until now, the retailer often needed specially - skilled employees, who can detect when a theft happens or if a customer acts suspiciously. Video analysis systems don’t just help to reduce personnel expenditures, they can also contribute to more efficient work in many areas.

Video analysis delivers retailers with valuable data with which they can monitor the effectiveness of promotion and marketing measures among other things. Customer buying behavior is also being analyzed. A retailer with several stores is thus able to compare the set-up and sales results at different locations and manage lines at checkouts more efficiently. Find out more in our focal point  ”Customer Frequency Analysis“.

For the most part however, video analysis is still being used in retail to prevent shoplifting by furnishing all areas, including warehouses, with cameras. Intelligent video analysis is programmed to alert security personnel, if suspicious behavior is being detected or if an unauthorized person is located in a special area.

It all starts with motion detection

Analysis functions can be intelligent as can be, but one of the most important functions remains simple motion detection. To do this, only two single images need to be compared and the system is able to detect motion and trigger a respective alarm. In many cases, this simple image analysis is absolutely sufficient.

Yet especially in retail, there are often situations where motion alone doesn’t constitute a proper reason to trigger an alarm. By now, intelligent video analysis isn’t just able to detect motions, it also captures objectionable behavior. This relieves the burden on security personnel.

One particularly useful kind of surveillance is the installation of a camera network for 3D analysis. Compared with other video surveillance solutions, not just images, but also rooms and situations are being examined in this instance. The network cameras capture a spatial image and automatically assist each other as soon as other people or objects are concealing a suspicious person.

Not just detecting, but tracking

Another option resulting from network cameras is cross-camera tracking of people and objects provided by Securiton and the IPS Video Manager Software for instance. The basis for tracking are site plans that are being generated with CAD programs and imported into the program. A click on the site plan exactly aligns the cameras that cover the objects to these coordinates. A motion line of the observed person is shown in the site plan. “Associates in the control center are then able to give surveillance staff precise information on where they can best intervene,“ says Securiton product manager Tobias Fees. In some cases, setting up a database with faces of known repeat offenders can make sense. These suspicious individuals are then being immediately identified when they enter the store and followed, while staff is being alerted at the same time.

However, video analysis develops its full potential in connection with other security systems, since - depending on the floor plan of a building- it can definitely make sense when cameras for instance also respond to the alarm signals of an access control system.

Modern video surveillance solutions don’t just include video cameras and a network video recorder, but also management software that manages the results of the video analysis. Retailers are able to respond more quickly to information this way. Today of course, the option to access security information of the system via mobile access that’s independent of location and time is also important. This avoids time-consuming site visits to review an event.

"Especially owner-operated stores with few staff members need to focus on their core business, meaning their product line and service, and not so much on business processes. Unfortunately, many of them struggle with outdated hardware, poor video quality and technical limitations. Modern video surveillance minimizes up-front costs and technological complexity," explains Jens Aperdannier, Director of Product Management at Tyco Integrated Fire & Security Germany. Recently, the manufacturer has developed several new safety packages that are specifically tailored towards the respective requirements of retailers.

Modern video analysis can therefore do a lot more than just detect and report motion. On the one hand, there are of course security-relevant functions such as independent detection of suspicious behavior and tracking of suspicious individuals even over the visual ranges of several cameras. Thanks to relevant analysis of video recordings however, you can also better evaluate customer behavior and adjust the set-up of the store in terms of sales promotions. This way the retailer is able to identify for instance, at which location special offers and sales promotions can be best presented.

Nevertheless, one of the most important factors remains reduction of personnel expenditures. Whereas in the past, video camera images had to still be monitored by employees, today this can be done via intelligent algorithms. The result: retailers are able to reliably monitor their store with significantly less staff and detect and prevent thefts – or at least track the offenders efficiently.