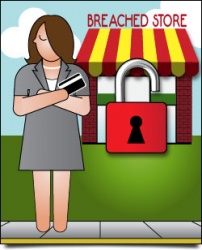 This holiday season, almost half of Americans are likely to avoid shopping at stores that were affected by data breaches over the past year, according to a new CreditCards.com report. This includes large retailers such as Target, Home Depot and Neiman Marcus.

Just one in eight Americans says they are more likely to shop with credit cards this holiday season. Yet this is the right approach. "It may sound weird, but the truth is that credit cards offer far greater consumer protections than debit cards, cash or other payment methods," according to Matt Schulz, CreditCards.com's senior industry analyst. "This data seems to indicate that some consumers are getting the message."

Forty-eight percent of major credit and debit card holders plan to pay with cash more frequently this holiday season in response to the data breaches.

Industry must take on more responsibility for IT security