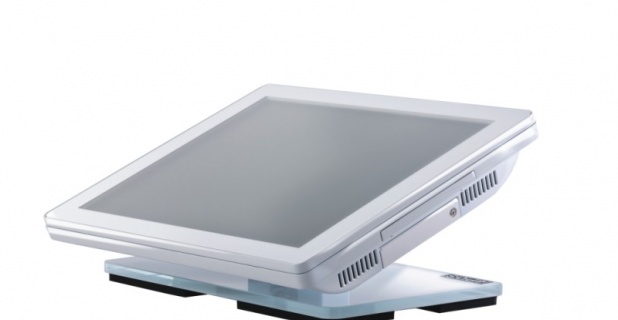 A modern checkout counter can do more than just take in money. EuroCIS has something for all retailers. Short  before the trade show starts, several highlights all about checkout counters are already on the horizon. While some exhibiting companies emphasize their new products, others are able to report about larger orders from the retail market.

At the moment for new checkout counters – analog for the Multi-Channel Forum at EuroCIS – the focus is on applications that limber up the new cash registers for redeeming coupons from the Internet or the Smartphone, and are able to handle sweepstakes campaigns from different sales channels or generate coupons. Booking of charge card systems is also becoming more and more important. In business dealings that require more consultation, the checkout counters are also meant to support associates with customer service and facilitate cross and up selling. The same thing applies that has applied for many years now: the checkout process should move as quickly as possible to avoid long lines at the cash register.

At this point almost all users would like to have touch screen technology. For those who sell higher-priced merchandise and pay attention to a sophisticated shopping ambiance, design also becomes important. In this instance, modern touch screen checkout counters oftentimes don’t differ much from each other: underneath the touch-sensitive monitor screen there is a powerful computer cash register. However, this year you will also once again be able to find very design-oriented equipment at the EuroCIS.

The battle for new customers and good references

All year round checkout manufacturers and software providers take great pains to divulge new orders to the trade media. Some orders with prestigious clients are particularly competitive with very narrow margins. The reputation associated with other prospective buyers is more important to them than a quick financial gain. After all, you can hope for follow-up orders and revenues from service once the deal is in the bag. And although some owners of small to medium sized businesses among the EuroCIS visitors take note of these large deals, for their own enterprises references from merchants of comparable size or from their own industry sector are more applicable.

Regardless of it being either a large headquarters or a small specialty retailer – it is not easy for suppliers to chase another competitor away from the cashier station. And if they end up being successful it’s mostly due to several reasons: the retail company has grown very quickly, software and hardware at the POS could not keep up and improvements ended up costing more and more. Or the manufacturer has lost important contacts due to reorganization and didn’t respond to the wishes of the respective customer like he did in the past. The cost per checkout counter generally is not the reason for the split, since conversions also cost money. If anything, smart investors pay attention to the total cost of ownership which includes regular upkeep in the calculations.

Retailers are not always willing to talk about new orders. They don’t want to give their formula for success away too soon to their competitors. To conceal them however is far more difficult at a checkout counter than for instance with ERP software, since every guest sees the respective company logo on the equipment, and even if those are missing, expert scouts know who the manufacturers are.

Below we are highlighting three new exemplary orders. At the booths at the EuroCIS people will discuss numerous other references. Some names will also come up off the record that you won’t be able to read before and after the trade show in bulletins.

Fashion chain store C&A has decided to implement the POS solution Torex POS in 19 European countries. The internationally usable associated POS software covers all fiscal requirements in the different countries. The first setups are planned starting August 2012. The checkout counters are meant to be in all of the 1,500 European stores of C&A by the end of 2014. With this implementation, Torex and C&A want to enter into a long-term partnership of at least ten years.

The more varied requirements are becoming, the more things also depend on the software. Retailers do not always choose the software from the manufacturer, some actually prefer to select products from specialized suppliers or develop their own solutions, like for instance the German drug store chain dm. The chain store is using the completely revamped touch screen-based cash register system dmPOS in its European stores. Despite an already completed modernization of its POS system through modern standard software, dm decided to change to a customized solution. The main reasons according to Gebit Solutions were the lack of flexibility of the standard solution and dissatisfaction with the commissioned modifications.

The Gebit consulting company listed its successfully implemented inventory management system and POS system for Obi as a reference, where by their own account, timing and budget targets were being kept. It took 15 months from project kick-off until launch of the first store for dm. They needed two months to install the equipment in 1,000 German stores. At this point in time 7,600 POS systems have been converted in 2,500 stores all over Europe. You can also watch an Internet video on this.

SAP connection with Awek at FrischeParadies

New checkout counters have to blend into existing IT environments. One example for this is FrischeParadies, by their own account Germany’s largest specialized store and distributor of fine foods. The company introduced new POS systems by Awek in eight of its marketplaces, which are linked to the central SAP Inventory Management and Physical Inventory Components. Awek also delivered the software and designed the necessary SAP interface, SAP reports on its Customer Webpage.

Now packing slips and invoices for gastronomy and bulk customers can be directly printed out at the checkout counter without sales tax, as well as sales slips for end consumers. The company offers all of them its full range of products with more than 5,000 food items. Before the conversion neither scales nor the EC Cash Terminals were directly linked to the cash registers. Accumulating data had to be manually entered by employees into SAP-ERP.

The needs with which exhibition visitors come to the EuroCIS in Düsseldorf are as diverse as these examples. Those who would like to have some information on POS systems and POS software prior to visiting the show, can find continuous updates on exhibitors at the Trade Fair (Messe) Düsseldorf here.

Thin-bility benefits both shoppers and merchants

Goodbye paper receipts: All documents stored in one app

What happens when the Receipt Provision Ordinance takes effect? We digitize!