IP Surveillance is the key to reducing retail shrinkage

Study highlights the importance of CCTV 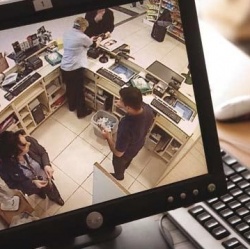 According to a recent Centre for Retail Research survey into current and future use of CCTV by retailers, commissioned by Axis Communications, the global market leader in network video, over 80% of UK’s retailers agreed that CCTV has had a direct reduction on the level of internal and external losses they had incurred.

The research showed that of the 261 responses from UK retailers encompassing over 20,300 stores, 85% of them directly attributed the reduction in internal and external shrinkage to the use of CCTV monitoring. In fact, over a third of those saw reductions in losses of between 11% and up to 50%.

The findings of the survey, which had over 700 responses across Northern Europe, are being presented today at the Retail Fraud ‘On the Road’ 2012 conference in Leicester by Atul Rajput, retail business development manager, Northern Europe, at Axis Communications and Professor Joshua Bamfield, director at Centre for Retail Research (CRR).

Public had become more accepting of the need for the technology

Speaking on the results, Atul commented: “It’s clear that CCTV plays a major part in reducing retail losses but what was really surprising was how the perception of CCTV following events like the 2011 riots have changed with nearly half of those surveyed saying that the public had become more accepting of the need for the technology, which may have been partly driven by the public using mobile phone HD footage to assist the police.

“The current economic climate is a real issue for store-based retailers and therefore maximising ROI on any technological investment is crucial as consumers become more savvy and price conscious. However, the quality of video footage is still an issue when it comes to successful prosecutions, so it’s hardly surprising that 58% (the highest across the whole of Northern Europe) of UK respondent’s currently using analogue CCTV systems had plans to invest in IP surveillance. Respondents cited easier integration with business intelligence analytics such as people and queue counting, better remote access and improving image quality through the use of HD IP cameras, as the primary drivers behind their plans to migrate to IP surveillance.

“High street stores are still the origin of most retail transactions but carry the highest overheads, so the need to reduce cost and complexity of surveillance systems in store and, at the same time, ‘sweat the assets’ further, is vital. Two-thirds of UK respondents also expressed a real interest in using IP camera systems with on-board storage, to replace cumbersome analogue systems which require a local DVR, primarily for retail stores with smaller camera counts. These systems offer an affordable solution to retailers, coupled with the advantage of being able to use HD cameras which offer a minimum of three times the image resolution of an analogue system, providing an attractive proposition to UK retail businesses wanting to maximise the return on their investment and increase the likelihood of prosecution.”

Also presenting at the conference, professor Joshua Bamfield, CRR, added: “Once again the report shows that many UK retailers are keen to maximise their investment and get as much as they can from a surveillance system so that it can be used as more than just a loss prevention tool”. “Although analogue CCTV still dominates in this sector, the rise of HD image quality and increased use of analytics is beginning to highlight this technology’s limitations and retailers are continuing to appreciate the additional benefits that an IP-based system can deliver.”

The CCTV in Retail survey was commissioned by global market leader in network video, Axis Communications and was run in conjunction with the Centre for Retail Research in Nottingham. It surveyed over 2,200 retailers both large and small from a variety of sectors and attracted over 700 responses from retailers in the UK, Ireland, Denmark, Sweden, Finland and Norway.

The research was carried out by CRR between June and August 2012 and follows a similar Axis-commissioned survey in 2010.