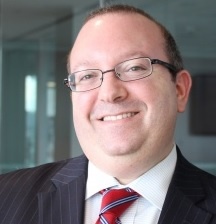 The National Retail Federation issued the following statement today from Vice President for Supply Chain Jonathan Gold on the news of a temporary suspension of port terminal operations at the West Coast containerized ports:

“Temporarily suspending port operations is just another example of the International Longshore and Warehouse Union and Pacific Maritime Association shooting themselves in the collective bargaining foot. The continuing slowdowns and increasing congestion at West Coast ports are bringing the fears of a port shutdown closer to a reality.

“The entire the supply chain – from agriculture to manufacturing and retail to transportation – have been dealing with the lack of a West Coast port contract for the last nine months.

"Enough is enough. The escalating rhetoric, the threats, the dueling press releases and the inability to find common ground between the two sides are simply driving up the cost of products, jeopardizing American jobs and threatening the long term viability of businesses large and small.

“Our message to the ILWU and PMA: Stop holding the supply chain community hostage. Get back to the negotiating table, work with the federal mediator and agree on a new labor contract.”

New IT solution to better connect the store with central operations

The solution for the quadrature of the circle