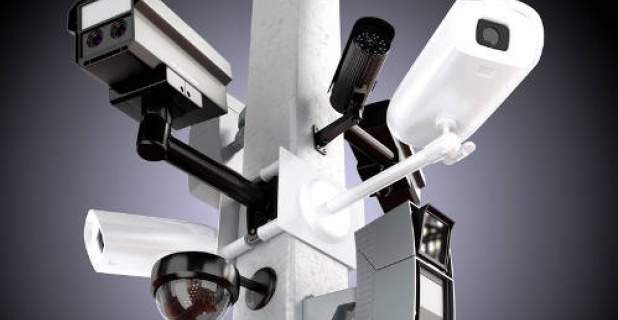 Thieves and goods damaged during transport annually cost retailers several billion Euros. This is why retailers increasingly use digital video surveillance systems to find out what the culprits are up to. However, for users to be on the right side of the law in case of theft they need to pay attention to several aspects when they install cameras and as it pertains to the quality of images.

German retailers incur annual losses of nearly four billion Euros just from thefts alone based on a current study by the EHI Retail Institute on behalf of Axis Communications. What’s more, so far there is a huge cost factor when goods are being damaged in transit, causing refund claims by the customer, which the retailer needs to absorb. Entire pallets of merchandise need to be reimbursed, even though they were still intact at pick-up time.

Thanks to increased digitalization of video surveillance, damages can be significantly reduced in both areas. Contrary to analog systems, digital image data of modern systems can be combined and analyzed in many different ways. In addition, retailers appreciate the advantage of being able to access their data remotely via IP connections and mobile access. This makes surveillance overall more flexible and user-friendly. Currently, one fourth of retailers have already replaced their analog systems with digital ones.

On the safe side of the law

Retailers in Germany, who want to have surveillance for their store and other areas using video cameras, should be familiar with Section 6b of the German Data Protection Act, which often serves as the legal basis for video surveillance. It states the basic right to informational self-determination. The regulation indicates that monitoring of publically accessible areas with optic-electronic devices is only lawful, if the property rights or the retailer’s interests for specifically intended purposes are predominant. The interpretation of this regulation is vague in parts, but at least it provides a direction in a fairly sensitive borderline area.

This way, it can be admissible to videotape in the checkout and product areas for instance, because the risks of shoplifting and thus the violation of property rights are especially high. Filming guests in the seating area can infringe on individual rights and is not commensurate with the operator’s benefit. Areas that are being monitored need to be clearly marked with signs when you enter the store. Some retailers don’t just use these signs to educate customers about the videos, but also to deter potential thieves – successfully.

Aside from the customer’s personal rights, employee rights also need to be observed. Lounges and changing areas are a no-no of course. Public streets or buildings adjacent to parking spaces must also not be filmed. Things that resulted in an exclusion from using cameras a short time ago because mechanical masking of areas didn’t work can today be implemented thanks to new software functions.

With so-called “privacy masking”, “private zones” that are not allowed on the image are already being excluded during filming. The masks can be adjusted in size, position and color in the image section. They are set-up using DSP technology and are blended in or blanked out in live and hologram images regardless of time. All this happens fully automatically.

"As a system house in charge of planning and installing video equipment, we have to educate our customers about the legal circumstances," explains Edmund Johanns from the Systemhaus Johanns, "but we are not lawyers." Yet aside from the obvious limitations with video recording, there are sometimes discussions on where you are and aren‘t allowed to film. If it is available, the workers’ council gets involved. If this discussion keeps going on and on, it can be helpful to turn to a neutral data protection officer, who then is in charge of interpreting Section 6b. Johanns remembers: "We already had instances where we procured a data protection officer, who was then able to resolve the situation at the respective company."

In the event of a legal dispute, available video can be used if details are clearly visible. "Image resolution should ideally be 500 pixels/m. This way, individual areas can also be extremely enlarged. But oftentimes 250 pixels/m are already sufficient to be able to identify a person for instance," explains Johanns.

In logistics, pictures with excellent image quality can prove that merchandise was intact during the loading process. If the goods then arrive in a defective state at the customer, the retailer is able to hold the carrier accountable for the damages.

Since those kinds of lawsuits can last several months, quality managers tend to store video recordings for up to 90 days based on Johanns’ experience. Although that’s an enormous amount of data, it ideally saves so much money to where the costs as well as the investment for the video system more than pays for itself.

That’s why retailers continue to expand surveillance with video technology. The market research institute IMS Research predicts that global revenues in digital video surveillance are going to increase an average of 25 percent annually until 2016.