Content, dialogue and networking at Europe’s largest conference for retail and eCommerce 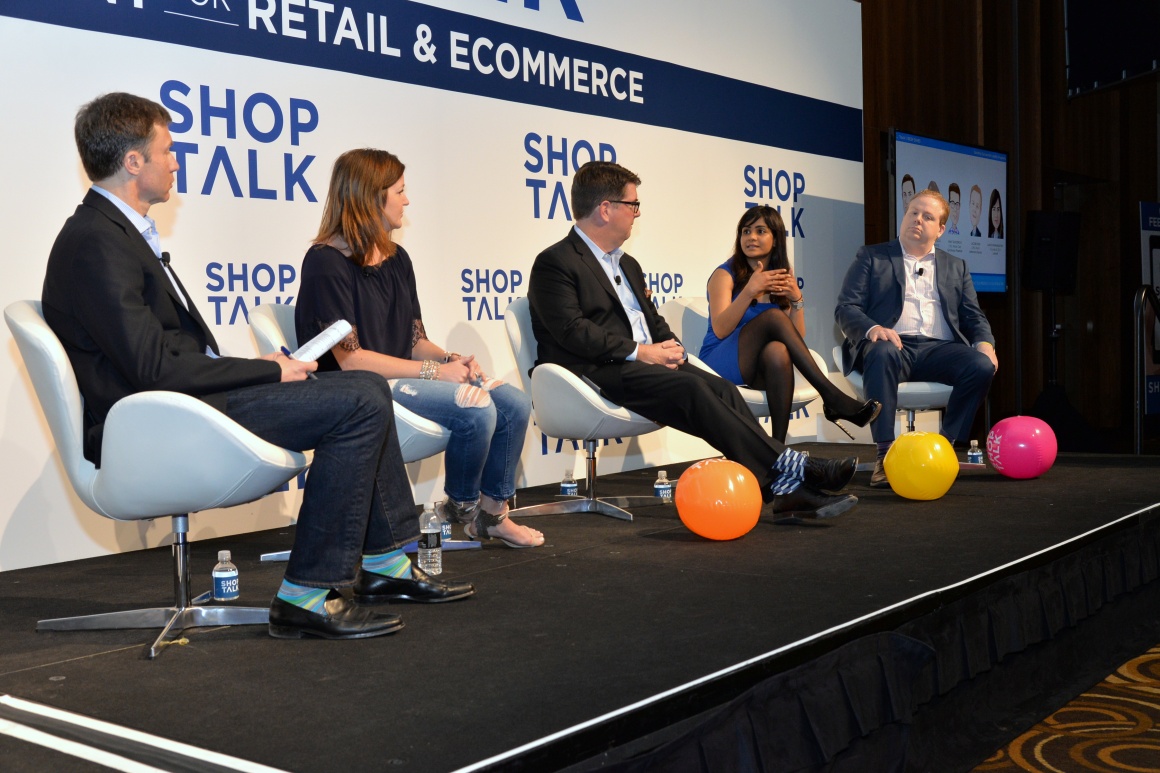 Shoptalk Europe, 2017’s most anticipated European event for retail and eCommerce innovation, today announced that more than 2,200 executives from established retailers and brands, startup direct-to-consumer disruptors, large and early stage tech companies, investors, media and analysts are confirmed to attend Shoptalk Europe. On track to sell out, attendees are joining from more than 50 countries throughout Europe and the world, and include over 350 CEOs. More than 200 companies will exhibit at Shoptalk Europe.

Shoptalk Europe is Europe’s largest conference for retail and eCommerce, and will be held in less than two weeks on 8-11 October, at the Bella Center in Copenhagen.

Shoptalk Europe’s groundbreaking agenda covers the evolution of how consumers discover, shop and buy in an age of global digital transformation, and includes Europe’s best speaker lineup with more than 225 speakers representing a broad cross-section of countries and companies. The agenda incorporates the important new technologies, trends and business models that are disrupting retail and eCommerce across 15 insightful tracks and 100 highly curated sessions. The final Shoptalk Europe agenda can be viewed at https://shoptalkeurope.com/agenda.

More than 70 percent of Shoptalk Europe’s speakers are C-Level executives and more than 90 percent are VP-level and above. Startups speaking on the agenda have collectively raised more than 5.2 billion dollars in venture capital funding to disrupt traditional retail and eCommerce.

Shoptalk Europe speakers include top industry executives such as:

A full list of Shoptalk Europe speakers is available at https://shoptalkeurope.com/speakers.

"We have created an exceptional and unique forum for the European retail and eCommerce ecosystem to interact in a meaningful way," said Anil D. Aggarwal, founder and chief executive officer of Shoptalk, parent of Shoptalk Europe. "An unparalleled group of senior-level executives from a wide range of industry verticals, stages and sectors are confirmed to attend, and we're confident that the content, dialogue and networking will help shape the future of retail and eCommerce."

In 2018, Shoptalk Europe will combine with Shoptalk U.S. to create the first global event focused on retail and eCommerce innovation

The success of Shoptalk Europe – and the enormous interest it has generated from around the globe – has demonstrated a need for one event that moves the dialogue beyond a single country, region or ecosystem. Shoptalk Europe and Shoptalk's U.S. event will therefore be combined to create the world's first truly global event for retail and eCommerce innovation, which will be held on 18-21 March 2018 at the Venetian in Las Vegas. The combined event will facilitate a comprehensive global conversation and bring together a diverse and currently fragmented worldwide community of innovators, featuring the leading technologies, trends and business models from all major global hubs.

“In 2017, we focused on developing the blueprints for the future of retail and eCommerce for the U.S. and Europe. We’re now in the enviable and unique position to create a single global conversation and community. We are excited to bring these initiatives together in 2018 and provide the worldwide retail and eCommerce ecosystem with the unprecedented opportunity to gain a global understanding of retail and eCommerce innovation as well as to join an entirely new global community of innovators,” said Aggarwal.

Those wishing to register for Shoptalk Europe, can do so at https://shoptalkeurope.com/. The details of the global Shoptalk event in March 2018 – including registration – are available at: https://shoptalk.com/.

Shoptalk is the world’s largest conference for retail and eCommerce innovation. Held annually in Las Vegas, Shoptalk is an unprecedented global gathering of individuals and companies reshaping how consumers discover, shop and buy. The event provides a platform for large retailers and brands, startups, tech companies, investors, media and analysts to learn, collaborate and evolve. Shoptalk will be held on March 18-21, 2018 at the Venetian in Las Vegas. For 2017, Shoptalk will also be held in Europe on October 8-11, 2017 at the Bella Center in Copenhagen.