Saving you time, energy, and space – Traditional checkouts are so yesterday. "Multi Device" is the new way to go

Mobile, flexible, secure? – What business needs do POS systems have to meet today?

When the product becomes the POS

“Mobile-first” or the future of the Point of Sale 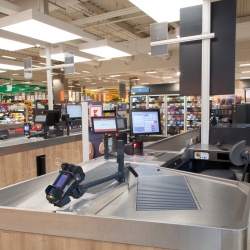 With an innovative POS system by AURES Technologies 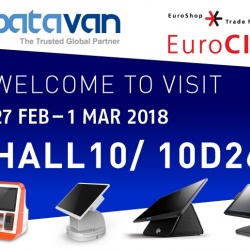 DataVan, one of the world’s leading retail and hospitality touch-point technology providers, is pleased to join EuroCIS 2018 in Düsseldorf to showcase its new range of self-service kiosk terminals, multi-purpose touchscreen terminals, and ... 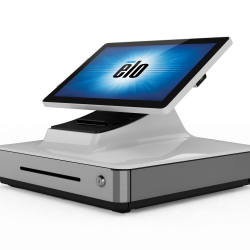 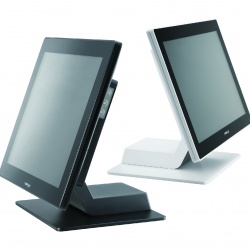 POS terminal has evolved to be an extension of the brand

Posiflex Technology is revamping in-store shopping experience for brands with its newly launched fanless POS terminal RT Series. With sleek contours, an ultra-slim body, and a clean rear cover, the RT Series brings a modern aesthetic to the counter ... 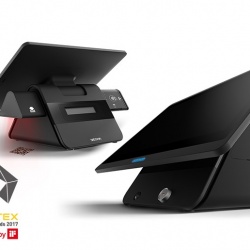 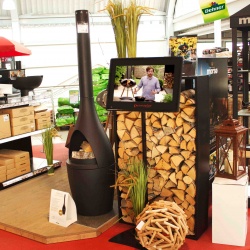 Interface between online and POS

For three out of four customers, according to a study by the trade association HDE “Trends in Trade,” it is important in the future to be able to go shopping in the store. On the other hand, online trading is growing significantly ... 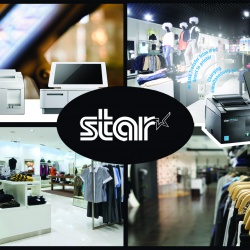 Today, retailers have the choice of a traditional POS terminal or new and innovative tablet POS which has taken great strides in recent years to provide the flexibility and mobility increasingly required within retail environments. However, it has ... 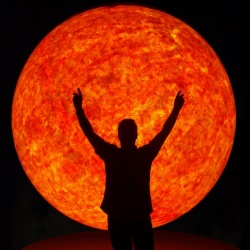 Vantiv, a provider of payment processing services and related technology solutions for merchants and financial institutions of all sizes, announced that Paybefore has selected Vantiv's triPOS Mobile for the best M-POS Solution category at its ... 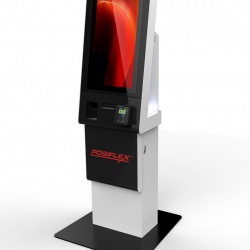 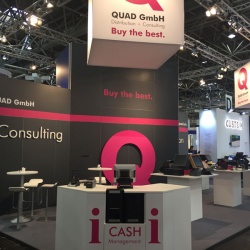 Quad GmbH looks back on a successful business year

Company invites to visit its booth at EuroShop 2017

Quad GmbH in Lippstadt, Germany, one of the leading european POS distributors, looks back on an extremely successful business year. Coincidental with their 25th Anniversary, further excellently skilled staff members in Sales and Techniques joined ... 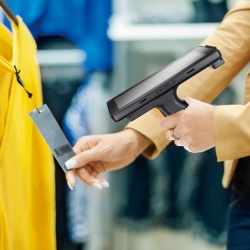 This new flagship model is the latest addition to Posiflex’s multi-award-winning and US-patented (no. 9436226 B2) MT Series. It addresses the growing wave of mobile POS adoption and provides the utmost flexibility for retailers and hospitality ... 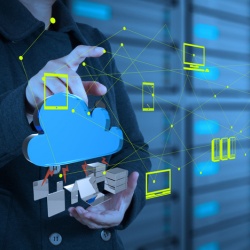 Hackers in search of data treasures

Holding up a supermarket or a gas station can pay off for criminals. Retailers are a worthwhile target, especially at night when the day’s takings are still at the store. But the potential yield for cyber criminals is far greater. While ... 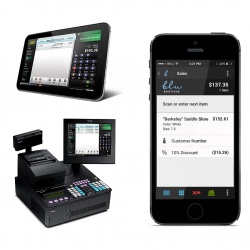 Petco, a leading pet specialty retailer that focuses on nurturing powerful relationships between people and pets, has selected Toshiba TCxGravityM to create a seamless commerce solution and improve the overall customer shopping experience. ... 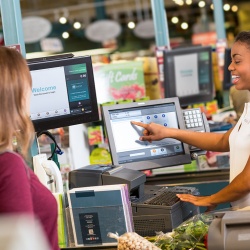 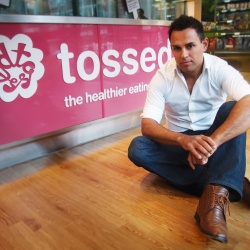 pointOne EPoS has launched a customer self-service kiosk that will speed up service, reduce costs and maximise revenues during busy periods. Working on an Android platform and using 10” tablets mounted in BouncePad holders, the kiosk solution offers a slick, innovative and cutting edge hospitality solution aimed at quick service restaurants. 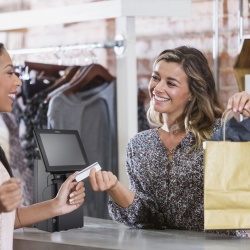 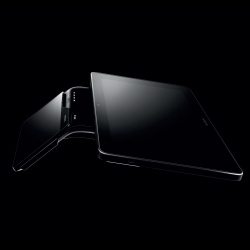 The new center of connected commerce

Verifone is set to launch Verifone Carbon– a flexible and integrated POS that leverages powerful capabilities and applications to transform the checkout process into an experience for merchants and consumers. 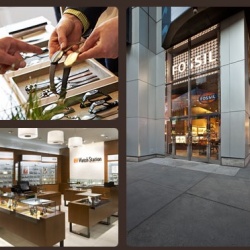 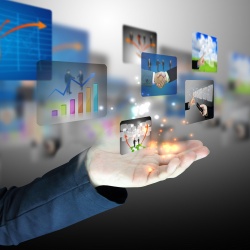 POS Solutions as a Service: A Viable Model?

HaaS is especially welcome in the lower tiers of retail

How would you like to pay for that cash drawer? Increasingly, consumers prefer to pay for technology purchases through leasing or financing to avoid large up-front cash outlays. At APG Cash Drawer, we recognize the POS market is heading in that direction, and we need to find ways to accommodate the shift. 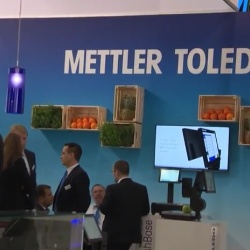 Daniel Joha, Head of Retail Products and Solutions, shows the new products and solutions which METTLER TOLEDO is showcasing at EuroCIS 2016. 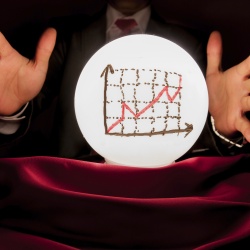 Continuation of the major trends that have been reshaping the industry

It’s the time of year for predictions, so let’s consult our crystal ball to see what 2016 may have in store for the POS/cash management industry. For the most part, what we will see is a continuation of the major trends that have been reshaping our industry in recent years. 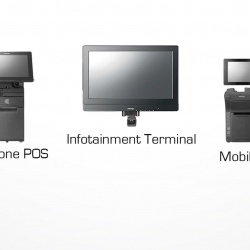 Posiflex Technology will be exhibiting its full POS portfolio and revealing the latest POS product innovations at EuroCIS 2016, the world’s leading Retail Trade Fair for Retail Technology, from 23-25 February 2016. 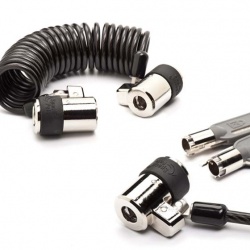 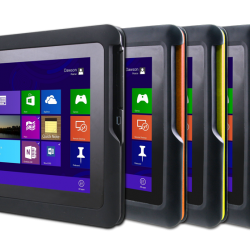 Exhibiting the newest products at EuroCIS 2016

Avalue Technology is joining world’s leading retail show, EuroCIS 2016, on February 23-26, 2016 at Dusseldorf, Germany, in order to further engage and introduce its latest technology and products to the retail world. Located at hall 10, ... 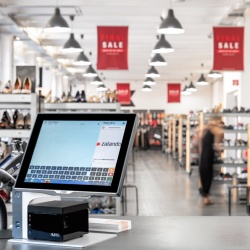 Since 2012, Zalando has transformed itself into a multi-channel presence with the opening of a Berlin store. A second Zalando Outlet (zOutlet) store, in Frankfurt, has now opened, enabling the group to meet its customers face-to-face in two major cities. In the two Zalando Outlet stores, customer purchases are now processed with the new Sango i5 point-of-sale system. 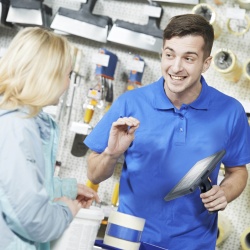 Mobile POS will continue to gain traction in retail due to its dual usage in customer-facing and operational employee applications. 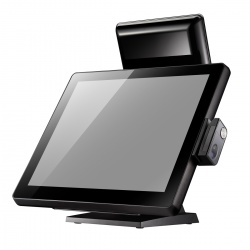 The next Poindus - Portable, streamlined, empowered

Poindus Systems Corp. announces their continued participation in one of Europe greatest shows for the POS Industry: EuroCIS in Duesseldorf, Germany. 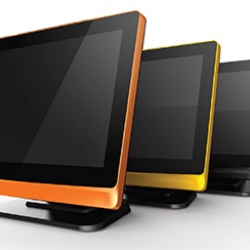 MSI announces its release of the new stylish all-in-one touch POS terminal MS-9A82, which is specifically designed for POS environments that demand high performance and efficiency yet keep the system running reliably and smoothly. 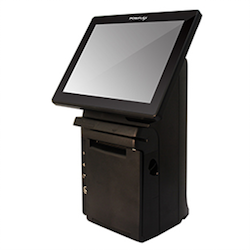 Posiflex has announced the launch of its new, fanless, compact, all-in-one EPOS system, model HS-3510W. This new addition to the extensive Posiflex POS range is an upgraded version of Posiflex’s successful HS-2510 series, and will be ...

ShopKeep, the cloud-based technology and business management solution for independent merchants, today announced its acquisition of Ambur, an iPad and iPhone point of sale system for more than 1,500 restaurants. Founded by former ...

Posiflex is announcing a new distributor, ForPOS Limited, for Great Britain. Along with the existing partner, DED Limited, the newly reinforced distribution network will enable Posiflex to extend its coverage and strengthen representation throughout ...

Verifone and Aava Mobile have announced the first handheld mobile point of sale (mPOS) solution powered by Intel to deliver a flexible, long-lasting EMV-ready mPOS solution for enterprise retailers. The solution is based on Verifone’s ...

Expanding with a growing multichannel strategy

Quick transformation into an all-in-one POS

Posiflex Technology is officially launching a new Android version of its tablet-based mobile POS solution.  The MT-4008A is designed to meet the requirements of small and medium sized retailers that wish to offer their customers a ...

At iba 2015 (hall B3, stand 361) from September 12 to 17 in Munich Bizerba will simulate two potential store scenarios on the exhibition stand in order to illustrate the common challenges faced in bakeries and confectionery shops, . The ...

e-Nabler Corp., developer of the eMobilePOS software, announced that the POS application is officially available for download from Google Play Store, providing merchants the choice of Apple iOS, Windows, and now Android. It transforms ...

"Shopper frustrations can be prevented by a robust POS system"

Today, many shoppers choose to stop doing business with small retailers. This could be prevented by a robust POS system, but many retailers still don’t have one in place. iXtenso has talked about this to Justin Guinn, retail market ...